A Look at MLP Valuations

Editor’s Note: We discovered an error in our calculations regarding EV to EBITDA estimates related to Cheniere Energy Partners LP’s (NYSE: CQP) anticipated cash flow from its Sabine Pass LNG export facility. Based on the MLP’s current enterprise value, the multiple would be about 7 times EBITDA in 2019–a much more reasonable valuation. We apologize for any harm this error may have caused.

These days, initial public offerings are often structured so that the parent can monetize its MLP-qualifying assets and achieve the high splits as quickly as possible to maximize its cut of the cash flow. (See MLP Basics: Incentive Distribution Rights Explained.)

We’ll start from the bottom and look at the five MLPs that exhibit the lowest enterprise values to earnings before interest, taxation, depreciation and amortization (EBITDA).

There are few surprises among the bottom dwellers, many of which are smaller-cap MLPs with checkered pasts or limited upside.

The opposite end of the spectrum includes a mix of market darlings and a few surprises.

We’re not shocked to see Phillips 66 Partners LP (NYSE: PXSP), one of the hottest initial public offerings (IPO) from last year, on the list. (See Rating the Master Limited Partnership IPOs of 2013.)

Downstream giant Phillips 66 (NYSE: PSX), itself a recent spin-off from ConocoPhillips (NYSE: COP), created the MLP to house the pipelines associated with its refineries.

Not only does Phillips 66 Partners boast a highly visible pipeline of drop-down transactions from its sponsor, but the firm also stands to benefit from higher run rates at its parent’s Gulf Coast refineries.

But one of the names in our graph sticks out like a sore thumb: Cheniere Energy Partners LP (NYSE: CQP).

As the lone pure play on US exports of liquefied natural gas (LNG) and the first mover in the space, Cheniere Energy Partners has enjoyed low construction costs at its Sabine Pass terminal on the Gulf Coast and its stock commands a significant scarcity premium.

Although the company’s enterprise value stands at about 588 times EBITDA, this valuation shrinks to about 7 time EBITDA in 2019 when you factor in the anticipated cash flow that will be generated by the six trains at its Sabine Pass liquefaction and export facility.

Potential downside catalysts for the stock include the end of the MLP’s scarcity premium–Energy Transfer Equity LP (NYSE: ETE), Dominion Resources (NYSE: D) and Sempra Energy (NYSE: SRE) all plan to house their proposed LNG export facilities in MLPs–and the potential delay or cancellation of its Corpus Christi project.

Subscribers can read more about our top picks and pans in the LNG market in the most recent issue of Energy & Income Advisor, LNG Investment Bible, North American Edition. 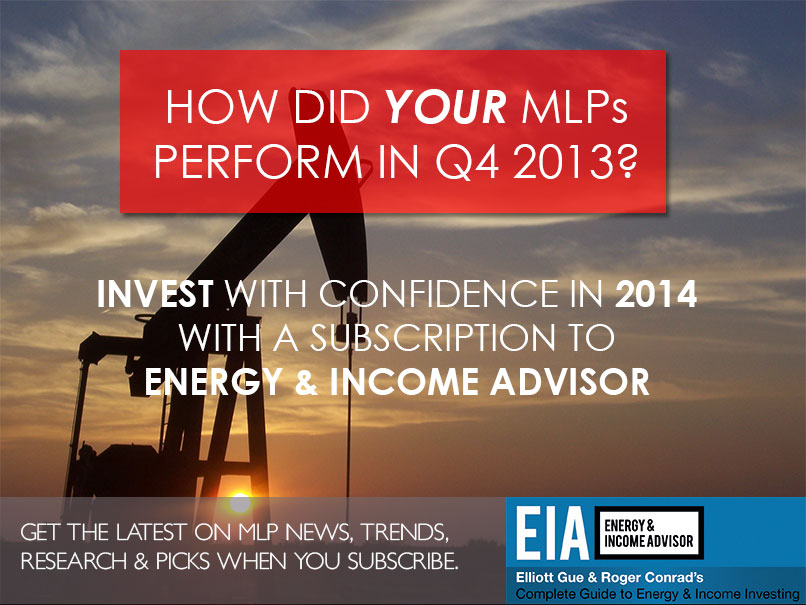