Predicting future production levels involves making assumptions about the complex interplay between the decline rate of existing wells and the number of development wells drilled in a particular quarter.

To generate our updated forecast for SandRidge Permian Trust’s future hydrocarbon output, we first had to reverse engineer the trust’s original production estimates based on its stated assumptions about commodity prices, target distributions, hedges, taxes and expenses that were outlined in the prospectus. 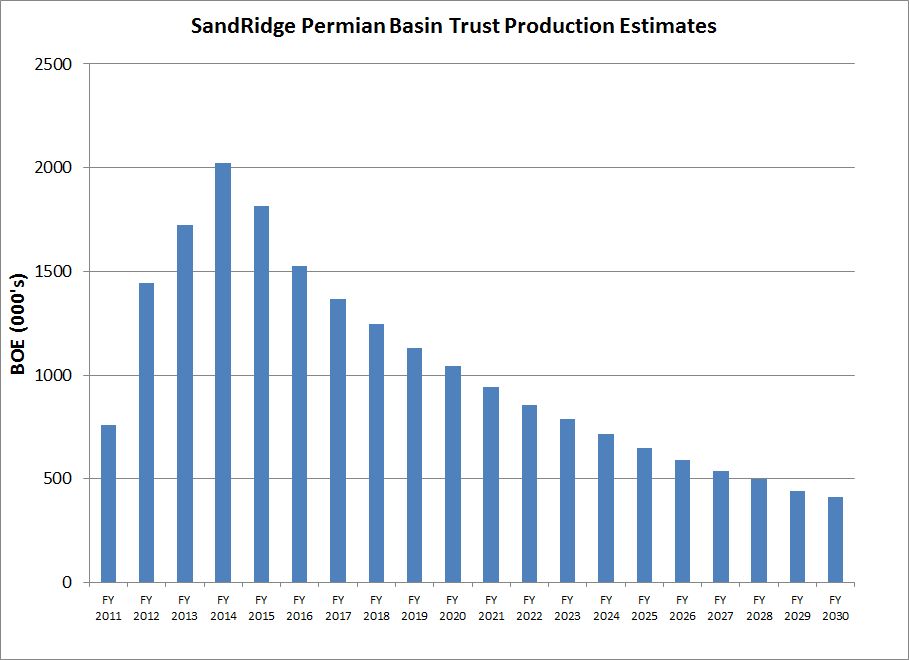 We then updated these figures to reflect actual production from the AMI thus far and revised future output to reflect a three-rig drilling program and a modified decline rate.

Through Aug. 31, 2012, SandRidge Energy had brought 381.5 net developmental wells onstream and had another 20.2 net wells awaiting completion. At this point, the trust’s sponsor is about six months ahead of schedule on its drilling plan. With SandRidge Energy reducing the rig count to the three units originally outlined in the prospectus, we can extrapolate future production based on the growth rate modeled in SandRidge Permian Trust’s prospectus.

This graph depicts the production forecast by applying this adjustment to each remaining year through the trust’s termination date. Although this approach has its drawbacks, this back-of-the-envelope calculation should be sufficient for our purposes. 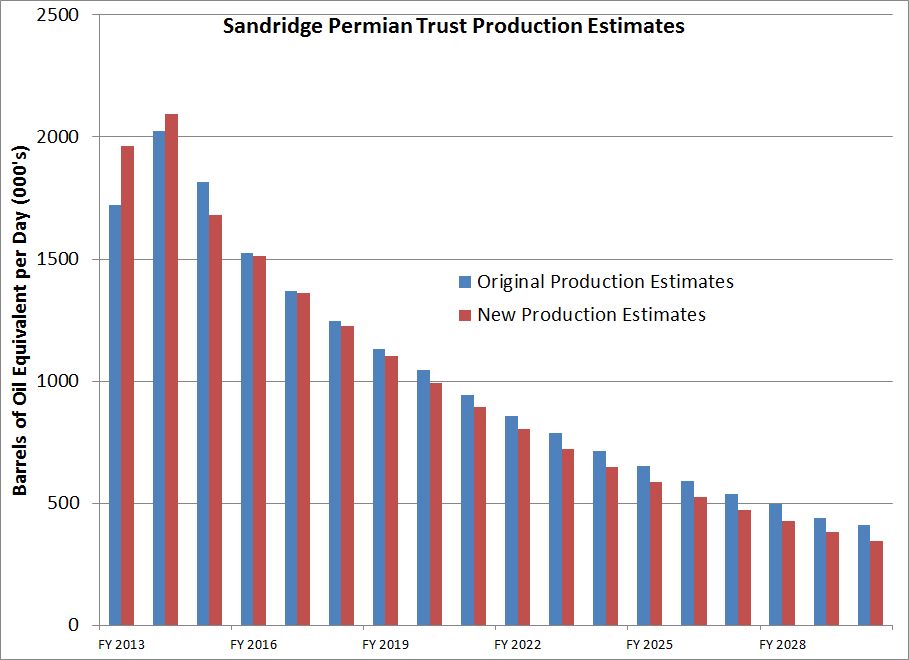 In our update model, the trust’s annual production achieves a higher peak than outlined in the prospectus. However, this inflection point also occurs in the first quarter of 2014, as opposed to the third quarter of that year.