Where Are They Now?

Although Energy & Income Advisor is a relatively new publication, Elliott Gue and I have covered master limited partnerships (MLP) for more than a decade, watching the group slowly transition from a curiosity to a mainstream security class.

Fueled by access to inexpensive capital and rising demand for infrastructure to support the US energy renaissance, MLPs have posted impressive distribution growth and delivered huge returns since the market recovery began in spring 2009. 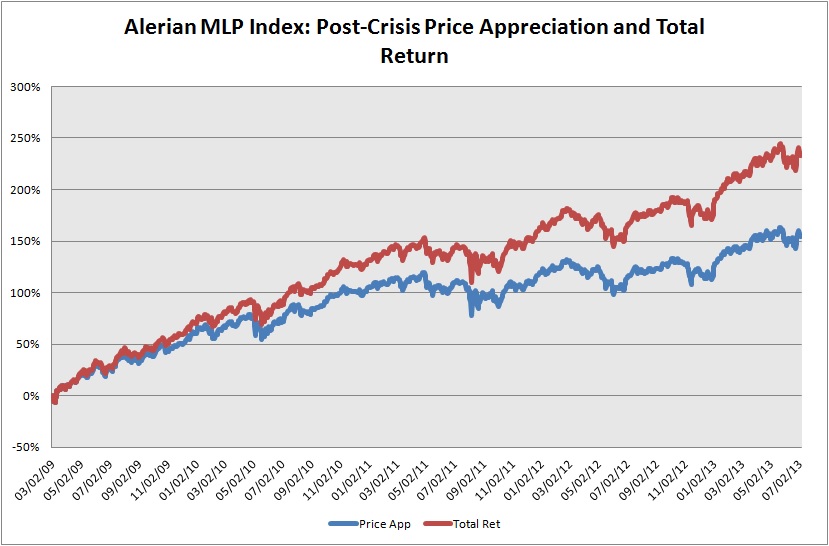 This outperformance, coupled with the group’s tax advantages and above-average yields, has captured investors’ imaginations during a prolonged period of ultra-low interest rates.

But there’s been considerable volatility along the way, giving savvy investors an opportunity to buy quality names at a discount.

For example, units of several MLPs were caught in the so-called Flash Crash that occurred on May 6, 2010, when the Dow Jones Industrial Average plunged almost 1,000 points in a manner of minutes. Meanwhile, Standard & Poor’s downgrade of the US government’s credit rating and the bitter battle in Congress over raising the debt ceiling triggered a broad selloff in August 2011. Tax-related selling also weighed on the security class in fall 2012. More recently, the Federal Reserve’s announced plan to phase out quantitative easing and tighten monetary policy sent units of MLPs into a short-lived tailspin. 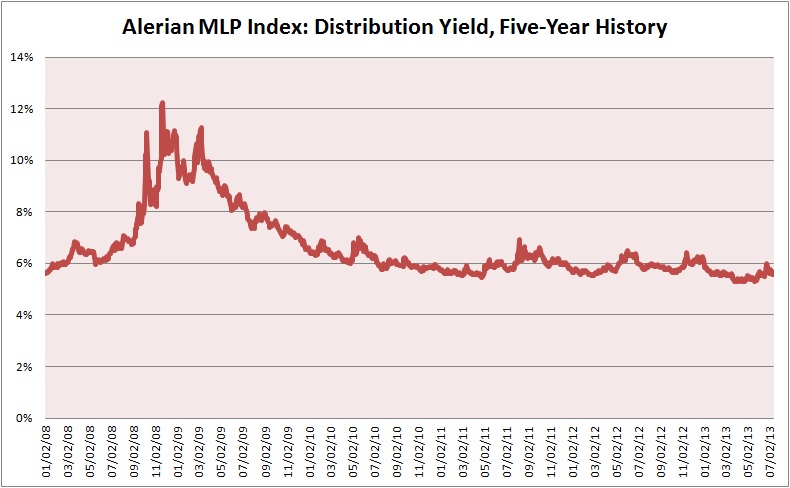 Energy-focused MLPs have continued their hot streak into 2013. But after so much appreciation, investors must ask themselves whether these it’s time to take some profits off the table. Value plays are few and far between in the MLP space these days, with many names trading at valuations that reflect elevated expectations for growth.

At these levels, the market will punish any slip-up or disappointment. Further heightening the danger, the names that have run up the most likely constitute a disproportionate piece of investors’ portfolios. Taking some profits off the table in stocks that have priced in perfection can give you peace of mind and dry powder to allocate to names that offer better value and less downside risk. We don’t advocate liquidating entire positions, but paring your winners to rebalance your portfolio is a critical risk-management strategy.