US Crude-Oil Exports to Canada Surge 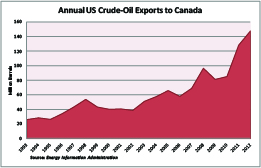 Still in its early innings, the shale oil and gas revolution has profoundly changed the domestic energy landscape, with the US growing its annual crude-oil output for the first time in decades and surpassing Russia as the world’s leading producer of natural gas. The extraction of natural gas liquids (NGL)–a group of heavier hydrocarbons that includes ethane, propane and butane–also hit a record high in 2012.

This upsurge in hydrocarbon output has touched off a construction boom in the midstream space to ensure that sufficient pipeline and processing capacity exists to handle these volumes–a boon to well-positioned master limited partnerships (MLP). We highlighted this opportunity in the first Graph of the Week of 2013, Profiting from Midstream Capacity Constraints. Subscribers to Energy & Income Advisor can read about some of our favorite midstream MLPs to buy now in Growing Pains: MLPs Go Mainstream.

Meanwhile, as we depicted in Graphing the US Energy Renaissance, this flurry of activity in the American energy patch has translated into a corresponding jump in employee payrolls in the oil and gas extraction industry. 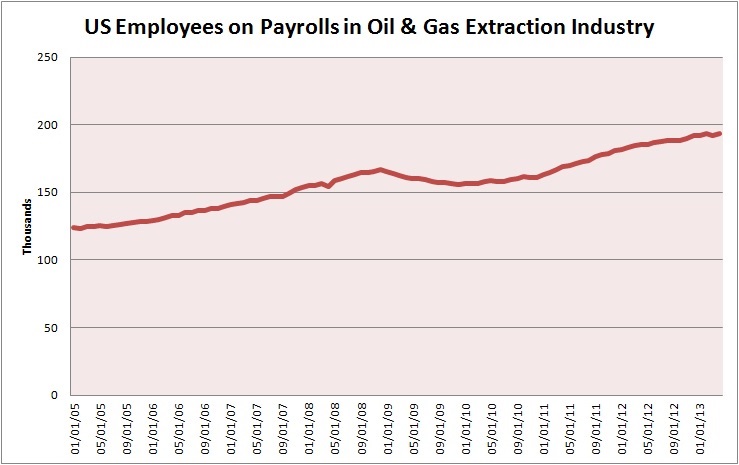 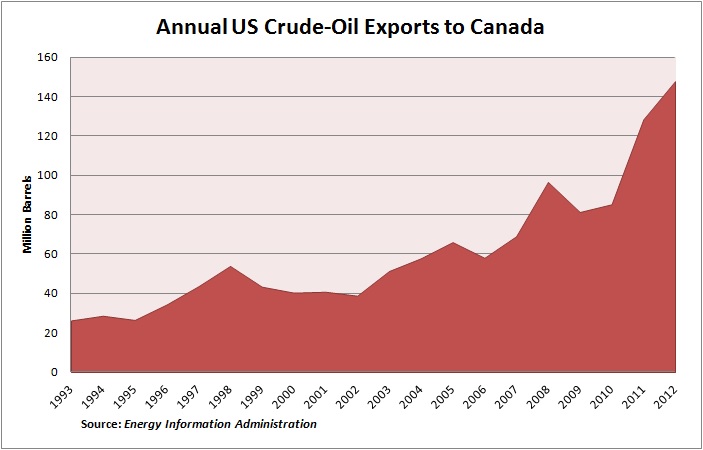 And inland US refineries haven’t been the only downstream operations to benefit from the explosion in domestic light-oil production. American exports of crude oil to Canada have soared by 73 percent over the past three years, displacing expensive seaborne volumes of crude oil from Africa, Europe and the Middle East.