The end of easy oil is a secular trend that will provide a long-term tailwind for the services industry. However, investors also need to be attuned to short-term downdrafts and updrafts in this cyclical industry as a means of identifying which names are best-positioned to thrive in the current environment.

Frenzied drilling in shale oil and gas fields has driven the North American market in recent years. Investors can gauge overall drilling activity by monitoring the horizontal rig count, an index that tracks the number of directional rigs actively drilling for oil and gas in the US. Operators in shale fields favor horizontal wells, which expose more of the productive layer, so this rig count serves as a decent proxy for activity in the shale. 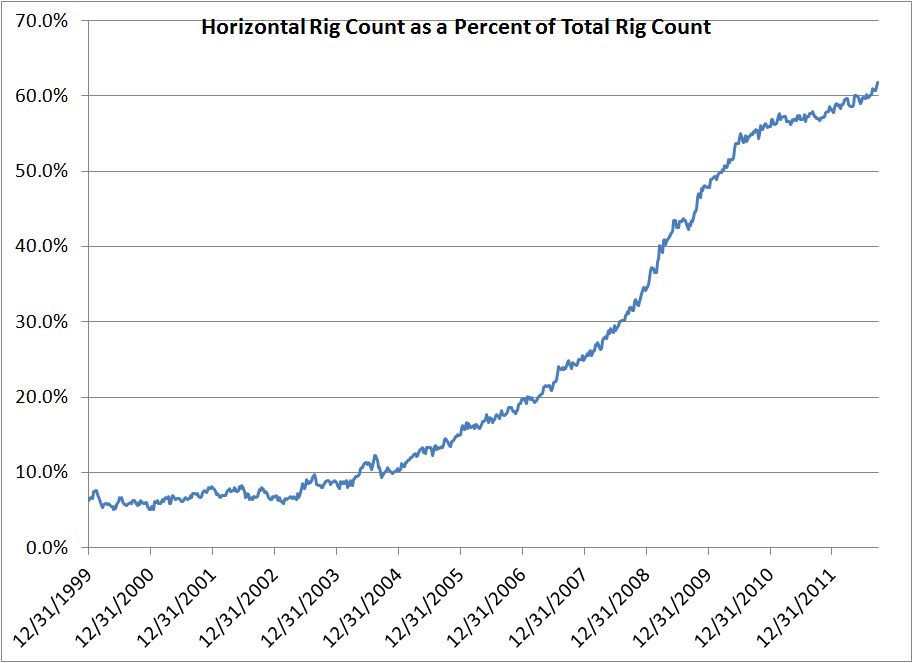 As recently as 2004, units capable of drilling horizontal wells accounted for less than 10 percent of the total US rig count. Today, horizontal rigs account for almost two-thirds of a US rig count that has surged to 1,850 units from about 1,200 units at the end of 2004.

At first blush, the dramatic increase in the horizontal rig count would appear to be a positive for the oil-field services industry. Indeed, operators with outsized exposure to the North American market thrived from 2009 to mid-2011, fueled by robust drilling activity in the shale plays and capacity shortages. The inflection point came in late 2011 and early 2012, when depressed natural gas prices prompted producers to scale back development in gas-focused plays and overzealous capacity additions swung the market into an oversupply. 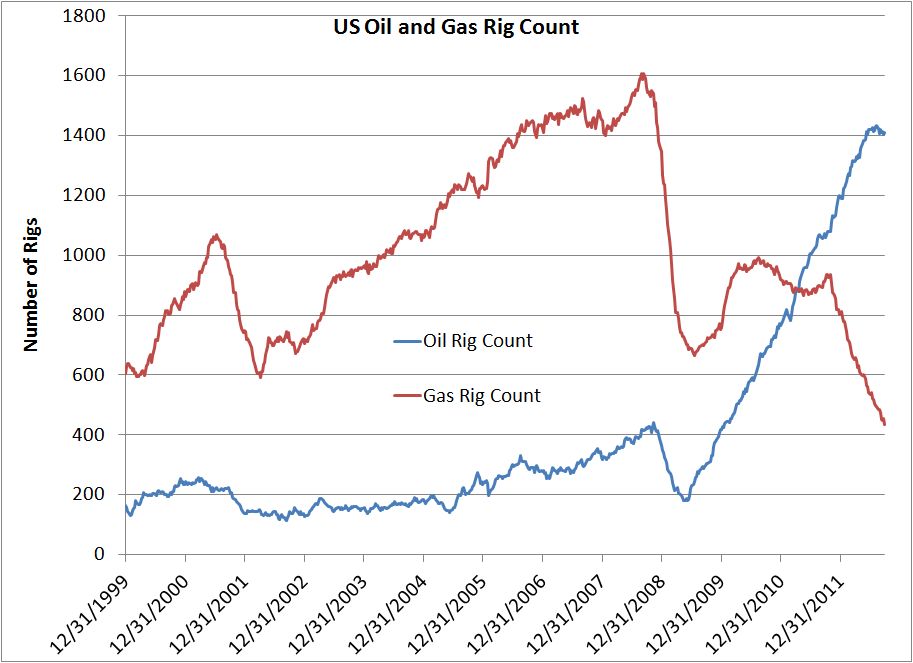 Crude oil and liquids-rich gas deposits usually occur at shallower depths and lower geologic pressures than in gas-focused basins; significantly more horsepower is required to overcome the natural field pressure in the deep-lying, gassy plays. Check out this data from Canyon Services (TSX: FRC), a Canada-based provider of hydraulic fracturing.

Although the majority of the unconventional fields referenced in this table are located in Canada, the same geological principles and methodological developments adhere north of the border.

In both the US and Canada, hydraulic fracturing usually occurs in multiple stages along the horizontal well. Producers have tended to increase the number of fracturing sites in recent years, a practice that leads to superior production rates. Canyon Services has found that horizontal oil wells oftentimes involve more fracturing stages than horizontal gas wells.

When drilling activity in shale oil and gas plays accelerated in 2009-11, capacity shortages enabled services firms to push through significant price increases. But the great migration from gassy fields to oil-laden plays has transformed this virtuous cycle into a vicious one; industry estimates that the pressure-pumping market faces a supply overhang of as much as 20 percent.

Prevailing prices for hydraulic fracturing in gas-focused basins have tumbled by one-third or more from their peak. Meanwhile, the influx of pressure-pumping horsepower to liquids-rich plays has also weighed on pricing in these regions. Profit margins on pressure-pumping continue to fall and have reduced the profitability of services outfits’ North American operating segments.

These stocks have pulled back considerably this year, prompting some investors to regard the group as a value play. Don’t fall into this trap. In conference calls to discuss second-quarter results, the management teams at most services outfits indicated that the pricing outlook for pressure-pumping would continue to deteriorate. We will monitor these firms’ third-quarter earnings for signs that profit margins are at least stabilizing.

Avoid North America-focused services names that have outsized exposure to pressure-pumping. A buying opportunity will emerge eventually, but valuations and industry fundamentals have yet to reach that point.