The Total Package: Growth and Income

By Peter Staas on Jan. 19, 2013
FREE PREVIEW
Subscribe to Read the Full Article

n recent issues, we’ve spent a fair amount of time analyzing the challenges and opportunities presented by the US shale oil and gas revolution and its implications for the North American energy landscape.

Although some of this focus doubtlessly stems from proximity and the dramatic changes afoot throughout the domestic energy patch, we haven’t taken our eye off two key trends that every investor should keep in mind: the disparity between the price of West Texas Intermediate (WTI) and Brent crude oil; and the growing slate of deepwater exploration and development projects worldwide.

The inaugural issue of Energy & Income Advisor introduced the concept of the end of easy oil, or the growing imperative to exploit unconventional resource bases to offset natural production declines from the giant oil fields discovered between 1950 and 1970. 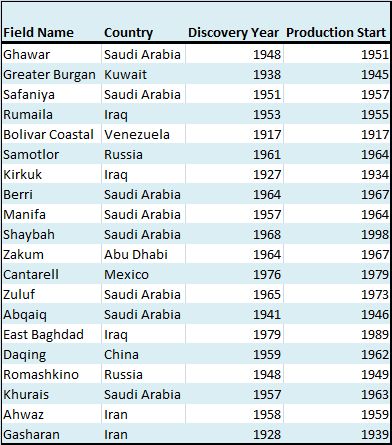 Source: Rise of the State: Profitable Investing and Geopolitics in the 21st Century

Research from the International Energy Agency pegs the average yearly decline rate for global oil output at slightly more than 5 percent; that is, annual production would tumble by more than 4 million barrels per day if exploration and production companies didn’t bring new fields onstream. This rate of decline would accelerate if the energy sector didn’t invest in measures to slow the inevitable fall in production that occurs as a field matures.

Upstream operators have been up to the task of replacing lost production thus far, with new developments leading to average annual output growth of 1.1 million barrels per day over the past decade. Despite the headline-grabbing production increases in North America, many of the biggest oil discoveries of the past decade have occurred in deep water in the Atlantic basins offshore Africa and South America.

Not only will the development of these offshore finds prove critical to offsetting declining output from yesteryear’s giants, but this trend also offers plenty of profitable opportunities for savvy investors. Since this publication’s inception in October 2012, we’ve primarily focused on the services and equipment names that stand to benefit from rising spending in the deepwater space.

This time, we focus on one of our favorite integrated oil companies, a name that is driving exploration and development in these frontier basins and enjoys higher price realizations on its oil and gas production relative to upstream names that operate solely in North America. In the next issue of Energy & Income Advisor, we’ll cover some of our favorite small-cap names that are involved in these exciting plays.