The cash flow generated by the company’s carbon dioxide (CO2) production and transportation segment, which includes oil-producing assets in the Permian Basin, tumbled by 60 percent from year-ago levels because of lower energy prices.

But the pipelines, terminals and other infrastructure that butter Kinder Morgan’s bread remained resilient.

Bringing $730 million worth of new assets onstream since the end of the third quarter also helped Kinder Morgan to offset weakness in the CO2 segment and lift its overall distributable cash flow to $0.60 per share—up from $0.46 per share last year.

The midstream giant also hiked its quarterly dividend to $0.45 per share and generated enough cash flow to cover this higher payout by 125 percent.

Investors should expect more weakness for Kinder Morgan’s CO2 division in the first quarter, which likely will feature lower average price realization on crude oil than in the fourth quarter.

Fortunately, management estimates that Kinder Morgan will have $436 million in excess cash flow with West Texas Intermediate (WTI) crude oil at $50 per barrel and natural-gas prices at $3.20 per million British thermal units. And these projections don’t factor in any cost reductions.

Management reiterated that Kinder Morgan aims to pay an aggregate dividend of $2 per share in 2015 and grow this payout at an average annual rate of 10 percent through 2020.

For most of the major US midstream operators, the primary risk posed by lower prices for oil and natural gas liquids (NGL) is slower growth. As energy producers cut capital expenditures and output growth slows, demand for new midstream capacity will slow.

For a handful of MLPs, the challenge of finding new assets to build is mitigated by potential asset drop-downs from their general partner or sponsor.

However, names that lack a visible pipeline of drop-down transactions likely will purse third-party acquisitions to drive growth.

The company didn’t wait long to flex its financial muscle, announcing the purchase of Hiland Partners LP from Continental Resources (NYSE: CLR), a leading producer in the Bakken Shale.

This deal nets Kinder Morgan 1,225 miles of oil-gathering pipelines, 1,800 miles of gas-gathering lines and processing facilities that include 30,000 barrels per day of fractionation capacity—a process that separates the mixed NGL stream into individual components. These assets serve Continental Resources and other producers in North Dakota’s Bakken Shale.

Although production from the Bakken Shale fetches a significant discount relative to WTI, these assets serve the play’s core acreage and have significant value over the long term.

We doubt this will be Kinder Morgan’s last acquisition this year.

With the universe of publicly traded partnerships expanding significantly in recent years, the list of potential takeover targets is quite long.

Counterparty and re-contracting risk also pose challenges. No contract is stronger than the finances of the company on the other end of the agreement.

With oil hovering around $45 per barrel and NGL prices down more than 50 percent since the end of the second quarter, many producers find themselves under intense pressure to cut costs to the bone. Mounting evidence suggests that some small fry can’t afford to pay the fees on their processing and transportation agreements.

Crestwood Midstream Partners LP (NYSE: CMLP), for example, modified its gathering contract with Quicksilver Resources (OTC: KWKA) to give the customer a break on fees in exchange for running another rig in the Barnett Shale.

Bloomberg has also reported that unnamed customers have sought to shop their firm transportation capacity on TransCanada Corp’s (TSX: TRP, NYSE: TRP) MarketLink pipeline, as compressed differentials between oil prices at Cushing, Oklahoma, and on the Gulf Coast have pressured economics.

For cash-strapped producers, these capacity-reservation agreements function similar to interest payments on debt; if some of these marginal operators can’t find a replacement to sublet their capacity, we could see pressure to renegotiate terms or outright defaults.

Gathering and processing companies with significant exposure to out-of-favor basins could find their cash flow and throughput volumes under pressure.

The longer crude oil prices remain at depressed levels, the greater the counterparty risk for midstream operators. Smaller outfits that lack the balance sheet, diversified customer base and scale to weather these challenges will feel the most pain—yet another reason to focus on the strongest names.

With private-equity funds looking to cash out of infrastructure investments, acquiring a smaller MLP that’s challenged for growth can provide an ideal vehicle for monetizing mediocre assets.

Most of the recent takeovers have involved targets that focus on gathering and processing, a business where names that have significant exposure to keep-whole and percent-of-proceeds contracts have been hit hard by plummeting NGL prices.

Phillips 66 (NYSE: PSX), which owns 50 percent of DCP Midstream Partners LP’s (NYSE: DPM) general partner, for example, recently announced that it would temporarily forego its incentive  distributions to help shore up the ailing MLP. However, an extended period of weak NGL prices would require strategic alternatives for the partnership to maintain its payout.

Late last year, Regency Energy Partners acquired PVR Partners LP, an MLP that had diversified into gathering and processing to help to offset weakness in its coal royalties business.

Regency Energy Partners’ units had given up about 27 percent of their value since June 30, 2014, reflecting the collapse in NGL prices and the MLP’s relatively tight distribution coverage (1.01 times in the third quarter).

Management estimates that Regency Energy Partners’ distributable cash flow shrinks by $5 million for every $0.05 per gallon decline in NGL prices and $7 million for every $5 per barrel move in crude-oil prices or every $0.25 per million British thermal units drop in natural-gas prices.

The well-diversified Energy Transfer Partners can easily absorb this level of exposure to commodity prices.

Regency Energy Partners also brings a $2.6 billion project backlog to the table and a number of levers that Energy Transfer Partners can pull to unlock value.

Even before NGL prices collapsed, investors held a dim view of Atlas Pipeline Partners and its general partner, Atlas Energy LP (NYSE: ATLS), because of strategic blunders and poor utilization rates on the MLP’s gathering and processing systems in the Eagle Ford Shale.

Not only did Atlas Pipeline Partners arguably overpay when it acquired these underperforming assets from Teak Midstream, but management also over-promised on distribution growth, destroying much of its credibility when the MLP and its general partner failed to deliver.

As for Atlas Pipeline Partners’ underperforming assets in the Eagle Ford Shale, management has indicated that a number of large producers’ gathering and processing contracts expire this year, giving Targa Resources Partners’ an opportunity to win this business.

Several factors work in the MLP’s favor. For one, many of these expiring agreements were signed when drilling activity in the Eagle Ford Shale first began to take off and processing capacity was limited. These older facilities lack the efficiency of Atlas Pipeline Partners’ newer processing plants.

At the same time, Targa Resources Partners’ fractionation capacity in Mont Belvieu, Texas, and ability to export up to 9 million barrels of propane and butane per month enables the MLP to offer prospective customers an appealing end-to-end solution.

Other growth opportunities include the interconnection of Atlas Pipeline Partners gathering and processing assets in Southern Oklahoma with Targa Resources Partners’ system in North Texas, which serves producers in the liquids-rich portion of the Barnett Shale. Such a move would bolster utilization rates and improve returns.

Over the intermediate to longer term, Targa Resources Partners will also benefit from shifting Atlas Pipeline Partners’ customers to its fractionation capacity as their existing agreements expire.

Both deals suggest that prospective acquirers will target names that offer strategic value and have pulled back to more reasonable valuations; given how expensive many midstream stocks have become, any deal needs to offer more than just a near-term bump in cash flow.

Investors looking to play the trend toward consolidation in the midstream space should focus on industry heavyweights that have the market capitalization, low cost of capital and asset bases to get the most out of potential acquisitions.

With momentum-driven money exiting the MLP space, investors should consider easing into these positions or setting buy-limit orders at progressively lower prices.

Investors seeking windfall profits from takeover offers should focus on MLPs that own unique assets and would still offer upside as standalone companies; buying materially weak names in the hopes of a takeout bid is a shortsighted strategy that could easily end in tears.

We highlighted our favorite takeover targets in the most recent issue of Energy & Income Advisor, a publication that covers every energy-focused MLP. 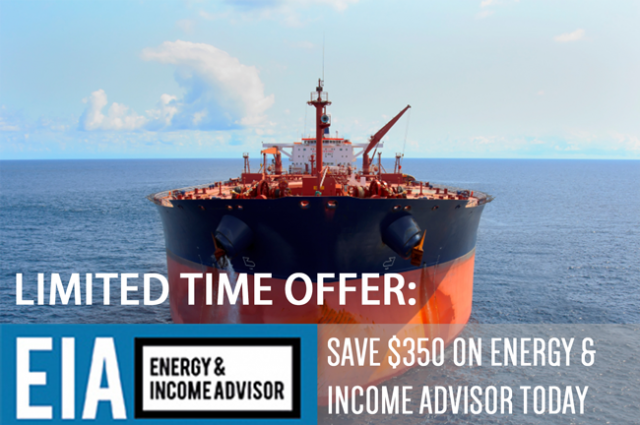