Near-Term Recovery in Gas Prices is Bullish for Coal 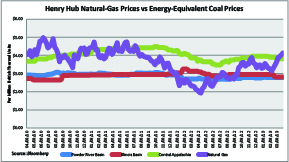 The combination of robust production from prolific shale plays and the no-show winter of 2011-13 sent US natural-gas prices spiraling from already depressed levels to a record low of less than $2.00 per million British thermal units roughly one year ago.

In this challenging environment, thermal coal fared even worse: Not only did the unseasonably warm winter reduce consumption and swing the market into an oversupply, but the ultra-depressed price of natural gas also prompted a wave of coal-to-gas switching among electric utilities.

At the time, countless commentators asserted that environmental concerns prompted utilities to reduce the amount of thermal coal that they burn in thermal-power plants in favor of natural gas–a misconception that still persists. This pat explanation of coal-to-gas switching privileges politics over economics; plummeting natural gas prices in late 2011 and early 2012 gave the fuel a temporary cost advantage over coal from Central Appalachia, the Illinois Basin and the Powder River Basin.

In a June 2012 article posted on Seeking Alpha, Elliott Gue explained why this trend eventually would reverse:

But investors shouldn’t assume that the recent bout of fuel-switching marks the end of king coal. For one, two consecutive colder-than-average winters in 2009-10 and 2010-11 helped eliminate the utilities’ supply overhang in the wake of the financial crisis and Great Recession.

Meanwhile, even if natural gas production maxes out domestic storage capacity in early fall and the price of the fuel plummets, those prices aren’t sustainable over the long haul; natural gas prices eventually will rise to levels that make thermal coal more attractive to electric utilities. At that point, fuel switching will reverse course.

As Elliott predicted, conditions have continued to improve in the domestic market for thermal coal.

Producers did their part to address the supply overhang by reducing their output by 1.6 percent in 2012 and 8.4 percent in the first three months of 2013. 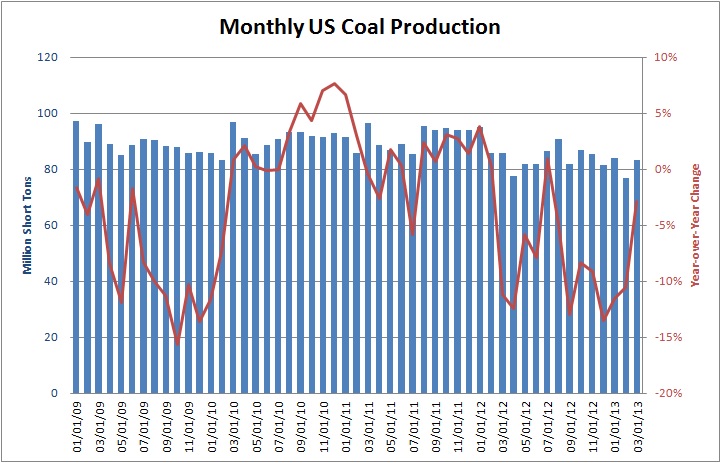 But the biggest relief for US thermal coal has come from robust demand for heating during the 2012-13 winter and a consequent decline in the volume of natural gas in storage to 3.9 percent below the five-year average last week. In response, domestic natural-gas prices have climbed to more than $4.00 per million British thermal units, shifting the cost advantage back to thermal coal. 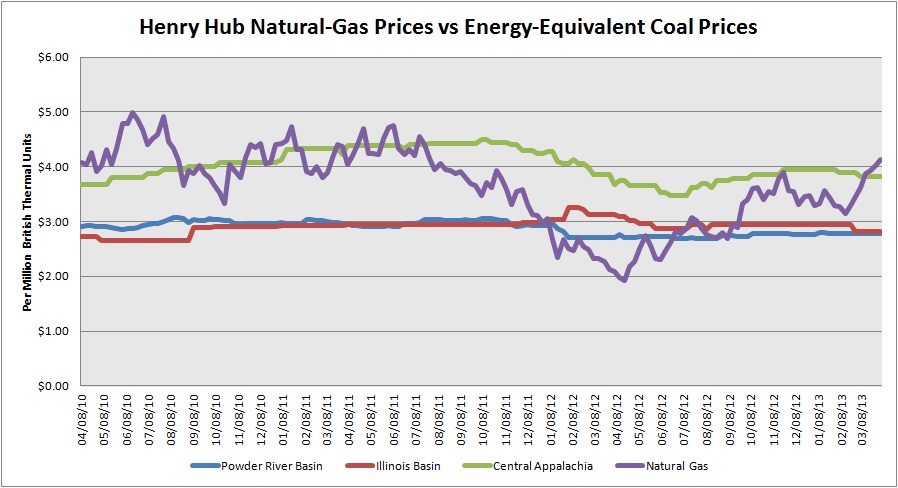 The recovery in natural-gas prices has prompted US utilities to burn more coal and reduced their natural-gas consumption. At the end of March 2013, coal accounted for about 40 percent of US power generation, compared to a low of 32.6 percent in April 2012. 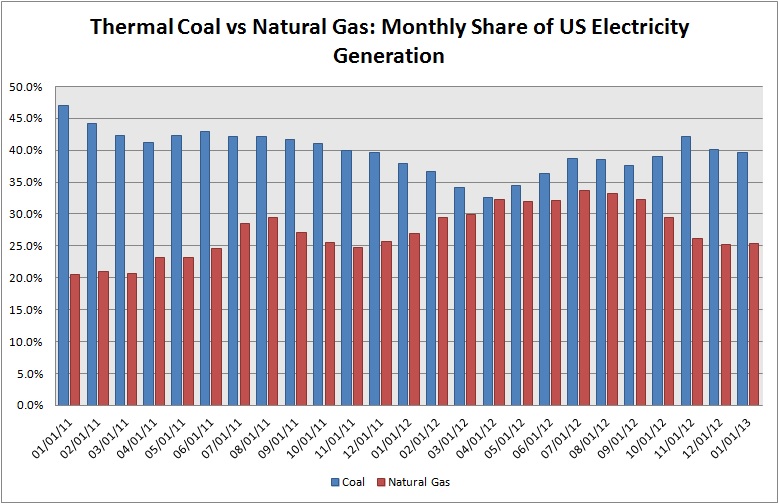 Gregory Boyce, CEO of Peabody Energy Corp (NYSE: BTU), commented on the wave of gas-to-coal switching in a press release announcing the firm’s first-quarter results, stating “We now expect that during 2013, coal will recapture the vast majority of its 2012 demand that was lost to natural gas.”

That being said, US coal producers aren’t out of the woods yet; utilities’ inventories of the thermal fuel remain at the high end of their seven-year range. 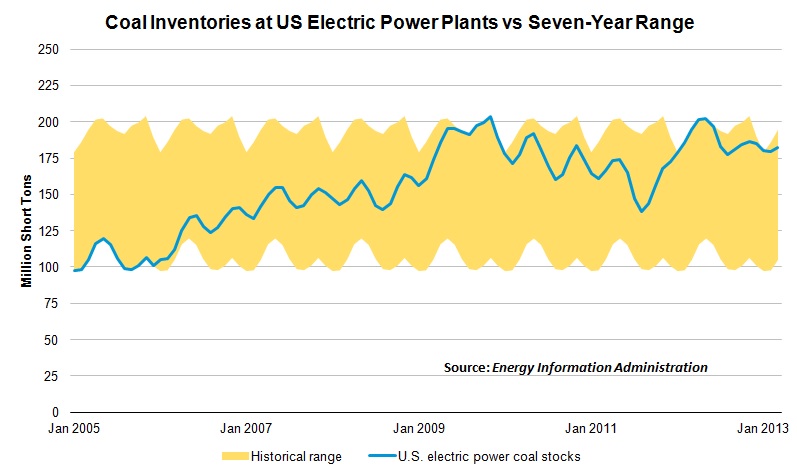