Mexican Imports of US Natural Gas on the Rise 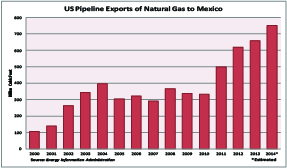 Although surging output from US shale fields enabled the US to offset declining volumes from the Gulf of Mexico and overtake Russia as the world’s leading producer of natural gas, upstream operators’ drilling success hasn’t necessarily translated into financial outperformance.

Robust production from prolific unconventional fields sent North American natural-gas prices spiraling lower, while the no-show winter of 2011-12 increased this oversupply and depressed prices even further in the first half of last year.

Prices have recovered somewhat in the new year, thanks to robust demand for heating during the frigid 2013-14 winter. However, the price of the commodity has merely recovered to historically depressed levels from ultra-depressed levels. 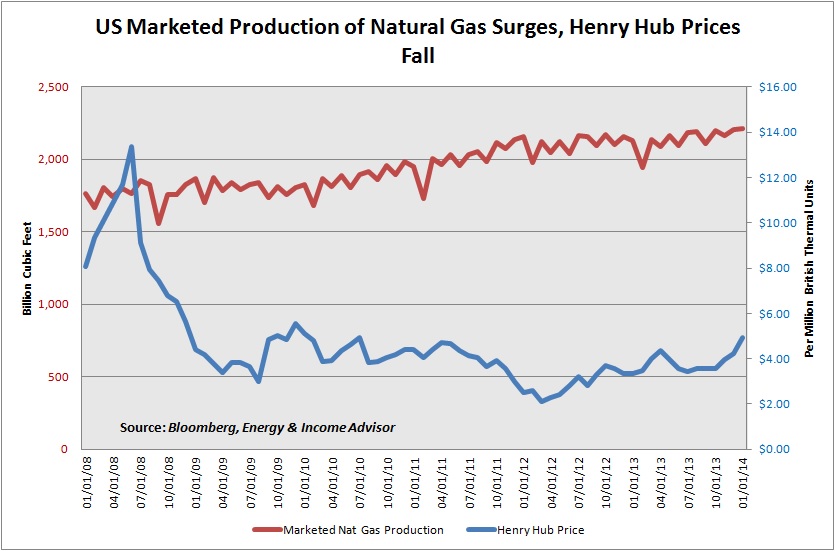 US and Canadian oil and gas producers have long coveted exports as a potential release valve for the domestic oversupply of natural gas, a product of the industry’s aggressive drilling in the Marcellus Shale and other prolific unconventional resource plays.

Against this backdrop, producers have sought to encourage new sources of demand, with exports of liquefied natural gas (LNG) receiving the most attention.

But US pipeline exports of natural gas to Mexico have increased at an average annual rate of about 10 percent over the past five years. 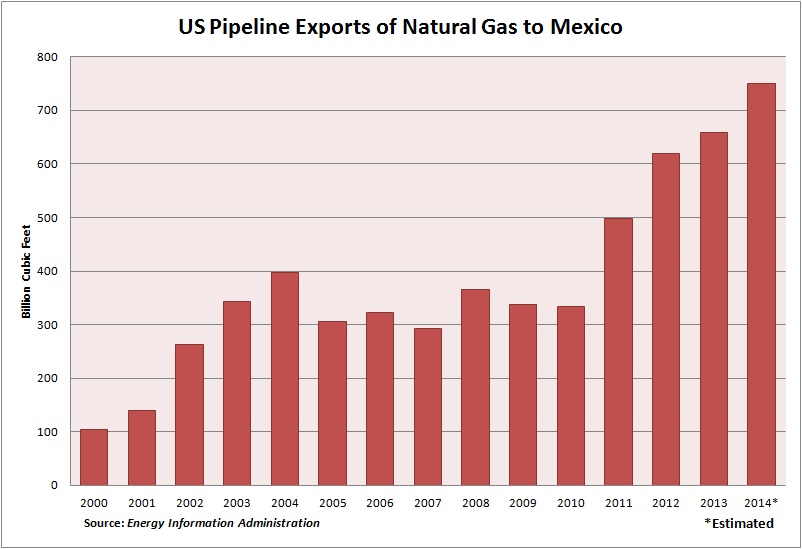 And this trend appears set to continue. The US Energy Information Administration’s Annual Energy Outlook, 2014 calls for Mexico-bound pipeline shipments of the commodity to increase by another 14 percent this year, to about 750 billion cubic feet. 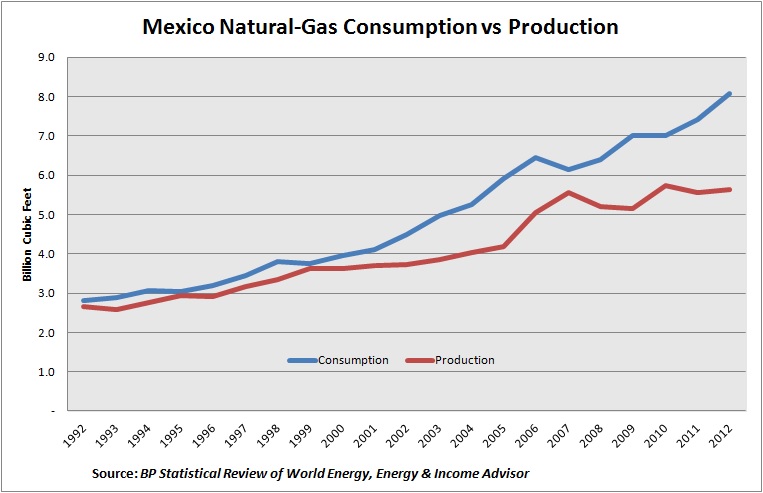 Surging production of natural gas from the Permian Basin and Eagle Ford Shale in Texas has prompted Mexico to increase pipeline imports of US gas to bridge shortfalls in domestic supplies and take advantage of favorable prices relative to oil derivatives and LNG imports.

Last year, power plants burned fuel oil to generate about 14 percent of Mexico’s electricity. And the price of natural gas piped in from the US averaged $3.91 per million British thermal units (mmBtu) in 2013, compared to a mean of $10.46 per mmBtu for LNG imports.

Mexico plans to construct an additional 17,000 megawatts worth of gas-fired power plants between 2013 and 2018. Additional demand will come from the industrial sector and distribution for commercial and industrial use.

At the same time, the construction of more than 17 pipelines will help to deliver alleviate transportation bottlenecks and deliver volumes to parts of Mexico that previously lacked access to the thermal fuel.

Although much is made of the US manufacturing renaissance (and rightly so), the combination of inexpensive North American natural gas and lower wages in Mexico makes for a compelling investment opportunity. We’ll explore these trends in a future issue of Energy & Income Advisor.