Graphing the US Energy Renaissance 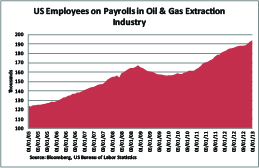 A period of elevated oil prices and the advent of innovative production techniques such as hydraulic fracturing have touched off a boom of drilling activity in domestic shale oil and gas plays.

US natural-gas production has surged by 19 percent since 2007, enabling the country to overtake Russia as the world’s leading producer of this commodity. 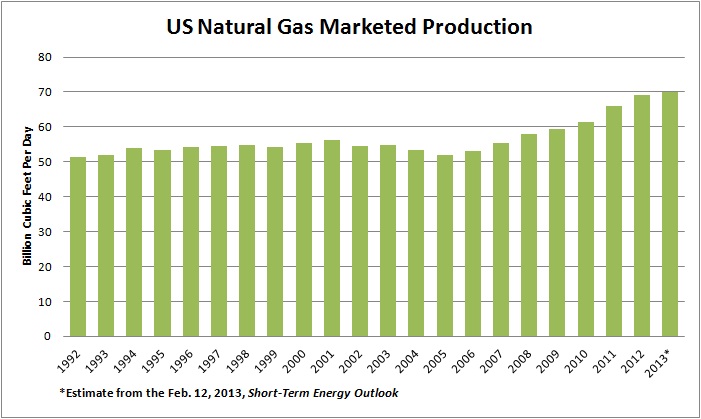 The shale revolution also enabled the country to grow its crude-oil output for the first time in decades–a particularly impressive feat when you consider that offshore output declined in the wake of the summer 2010 oil spill in the Gulf of Mexico. In total, US oil production has increased by 16.5 percent over the past three years. 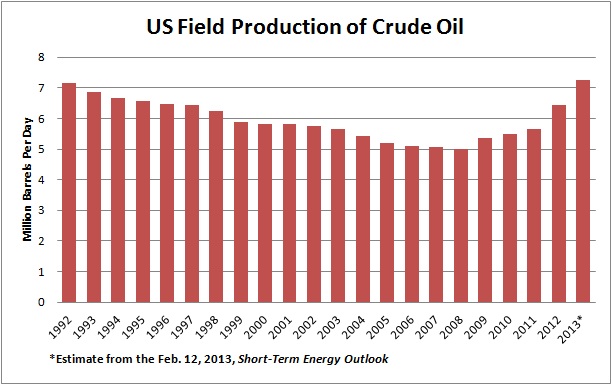 Production of natural gas liquids such as ethane, propane and butane have also climbed to a record high. 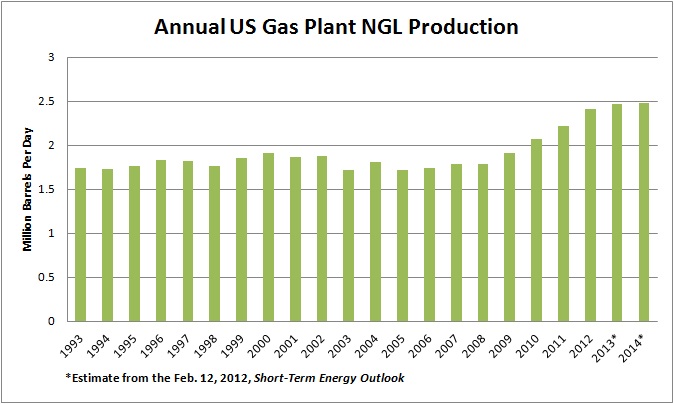 Over the past two years, the volumes of petroleum product transported by rail in North America has grown significantly, reflecting a concentrated effort among producers to overcome local takeaway constraints and achieve higher price realizations for their output. 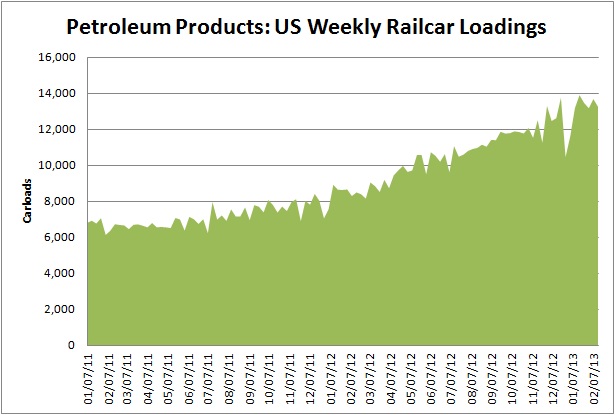 The American Energy Renaissance also has the nation’s refineries and chemical plants working overtime to take advantage of low-cost feedstock. 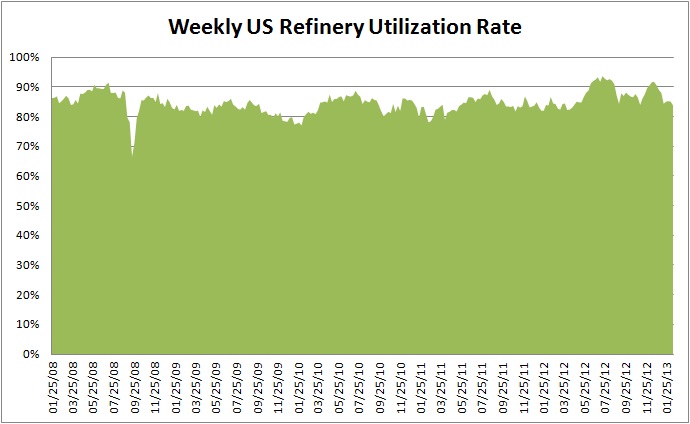 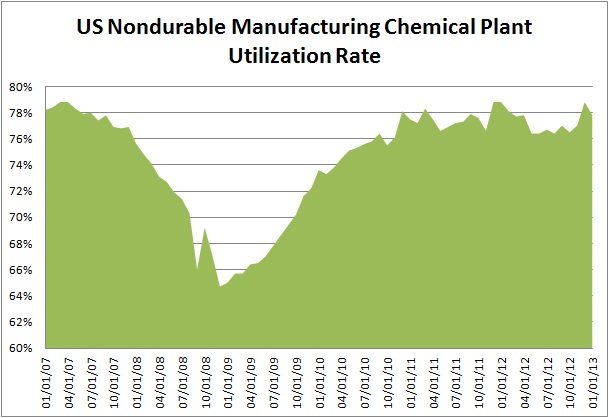 Surging US energy production has also led to a huge jump in domestic exports of petroleum products, as well as propane and propylene. 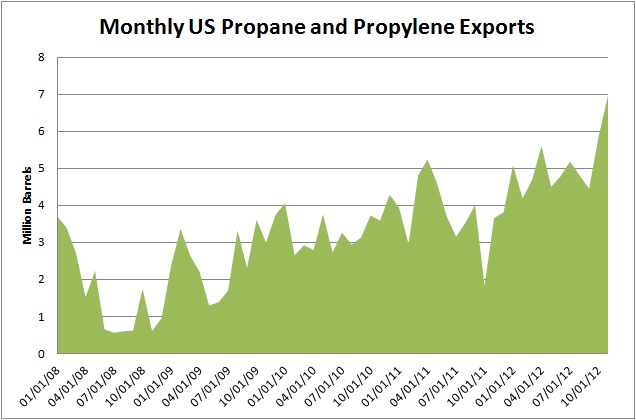 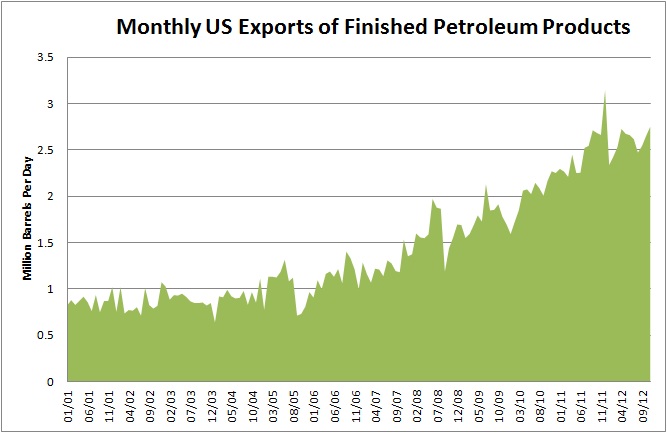 What does all this economic activity mean for everyday Americans? More jobs. The number of employee payrolls in the oil and gas industry has surged by 17 percent over the past year. 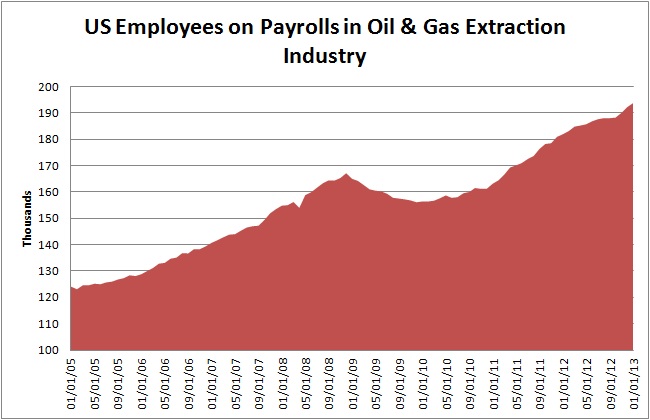 Not only does the American energy renaissance have important implications for the US economy, but this structural development has also produced a number of profitable opportunities for your investment portfolio. We’ll explore this thesis at length in upcoming issues of Energy & Income Advisor.