Falling through the Cracks: Downgrading US Refiners

In the Dec. 13, 2012, issue of Energy Investing Weekly, Mind the Differentials, we explained how surging oil production from unconventional fields such as the Bakken Shale in North Dakota and insufficient southbound pipeline capacity led to an oversupply of crude at the hub in Cushing, Okla., and other inland delivery points.

These localized gluts widened differentials between crude oil delivered to inland hubs and coastal varietals such as Louisiana Light Sweet (LLS) crude oil. In fact, rising US oil production kept WTI, Bakken and other inland US crude oils trading at a discount of $10.00 to $30.00 per barrel from the beginning of 2011 to early 2013.

The price of West Texas Intermediate (WTI) crude oil has climbed by about 15 percent in 2013, peaking at $10.32 on July 23. With the price of Brent crude oil treading water or down slightly this year, the recent rally in WTI has narrowed the price differentials between the US benchmark and international oil prices dramatically. And in late July, the intraday price of WTI overtook Brent crude oil for the first time in more than three years. 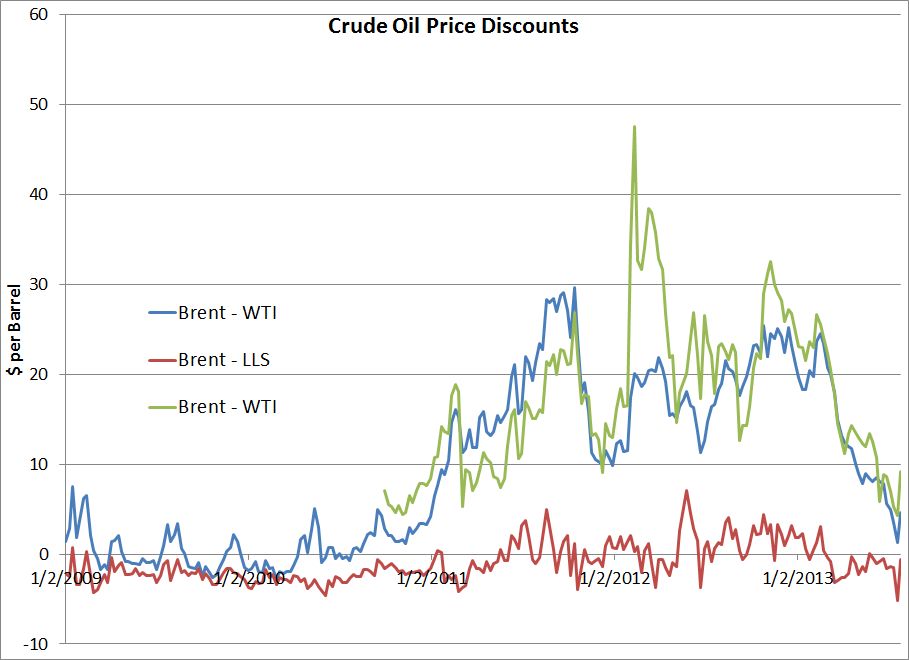 We’ve called for the WTI-Brent spread to come in since late 2012, but the rapidity with which this narrowing has occurred and the outright disappearance of this price differential took us by surprise.

The proximate cause for the rally in WTI prices relative to Brent, LLS and other seaborne crudes is the rapid decline in crude-oil inventories at Cushing, the official delivery point for WTI. 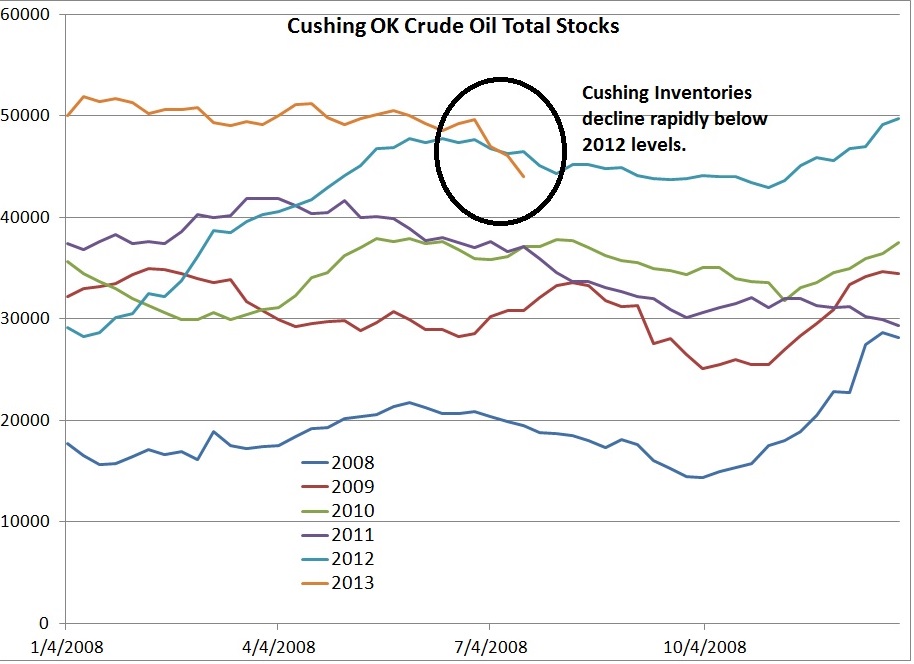 Although oil stockpiles at Cushing remain elevated by most historical measures, an above-average drawdown has reduced inventories below levels that prevailed a year ago.

The start-up of a number of pipelines that transport crude oil from Cushing and other inland hubs to the refinery complex on the Gulf Coast has helped to alleviate the Midcontinent bottleneck and close the spread between WTI and oil benchmarks that reflect global supply and demand conditions.