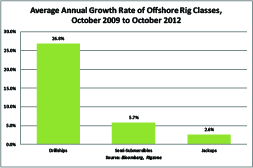 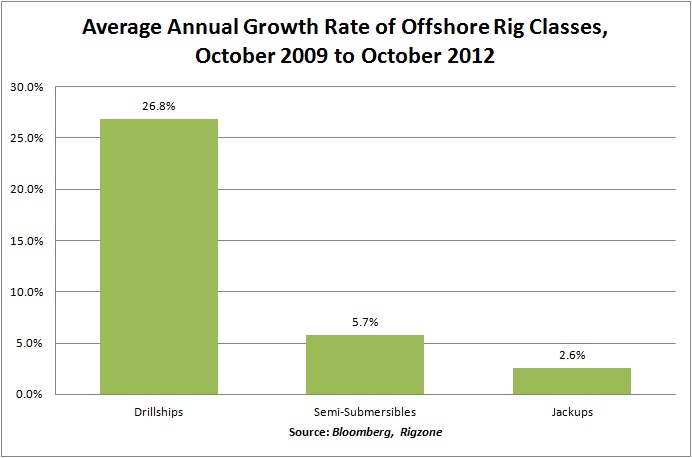 One of the foundational precepts that underpins our investment strategy is the end of easy oil, or the reality that declining production from the world’s mature oil fields has forced upstream operators to target reserves in technically complex and expensive-to-produce fields.

Deepwater oil and gas fields represent one of the final frontiers for meaningful reserve replacement. In the wake of the Great Recession and credit crunch, oil and gas producers have plowed money into exploratory drilling and development in offshore basins around the world.

This secular growth trend explains why the number of drillships, dynamically positioned offshore rigs that are capable of sinking wells in deep water, has expanded at an average annual rate of 26.8 percent over the past three years. Meanwhile, the global fleets of semi-submersibles and jack-up rigs have increased only negligibly over the same period.

Despite this dramatic growth in the drillship fleet, the average daily rates earned by these rigs have also increased significantly and now hovers around $450,000. 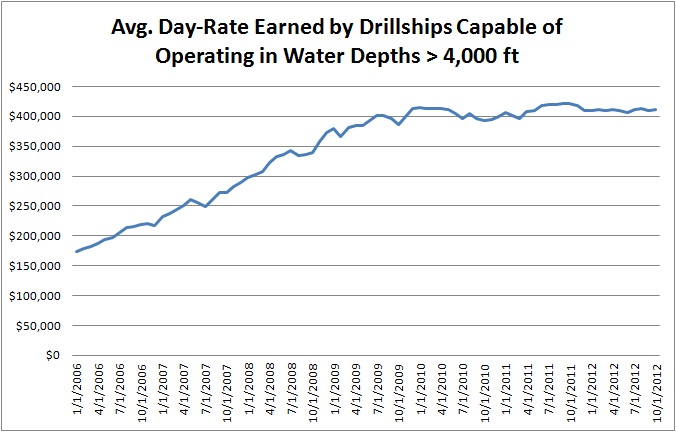 To play these trends, investors should focus on contract drillers expect to receive a number of newly-built deepwater rigs in the next several years and names that have near-term exposure to the capacity-constrained Gulf of Mexico. With permit approvals in this offshore region returning levels last seen before the summer 2010 oil spill, deepwater rigs in this area have secured impressive fixtures at above-average rates.