Consolidation to Continue in MLP Space 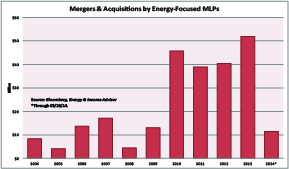 Mergers and acquisitions have also been an important part of the growth story for master limited partnerships. 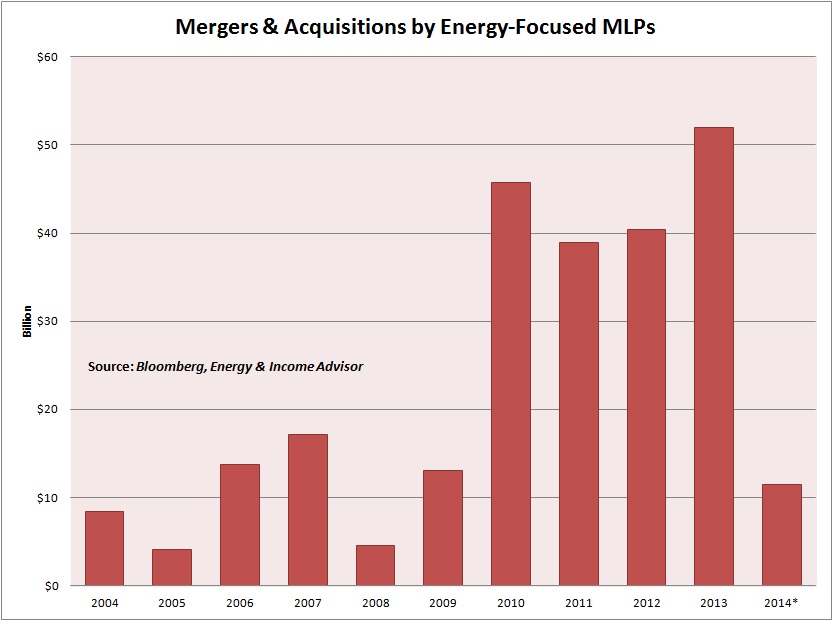 Over the past decade, the current universe of publicly traded partnerships has closed 745 transactions–a total value of $249.25 billion. Deal flow has been particularly robust over the past three years, reaching a record $51.9 billion in 2013.

The group has completed or announced $11.4 billion worth of acquisitions thus far in 2014, down 46 percent from year-ago levels.

Although the types of assets acquired by publicly traded partnerships haven’t changed in general–midstream and upstream still predominate–the past few years have brought an uptick in whole-company takeovers, including several acquisitions of fellow MLPs.

Note that this table omits the 2008-10 upsurge in MLPs buying out their publicly traded general partners to lower their cost of capital and improve their competitiveness. (We discussed this trend at length in Profit from General Knowledge.) 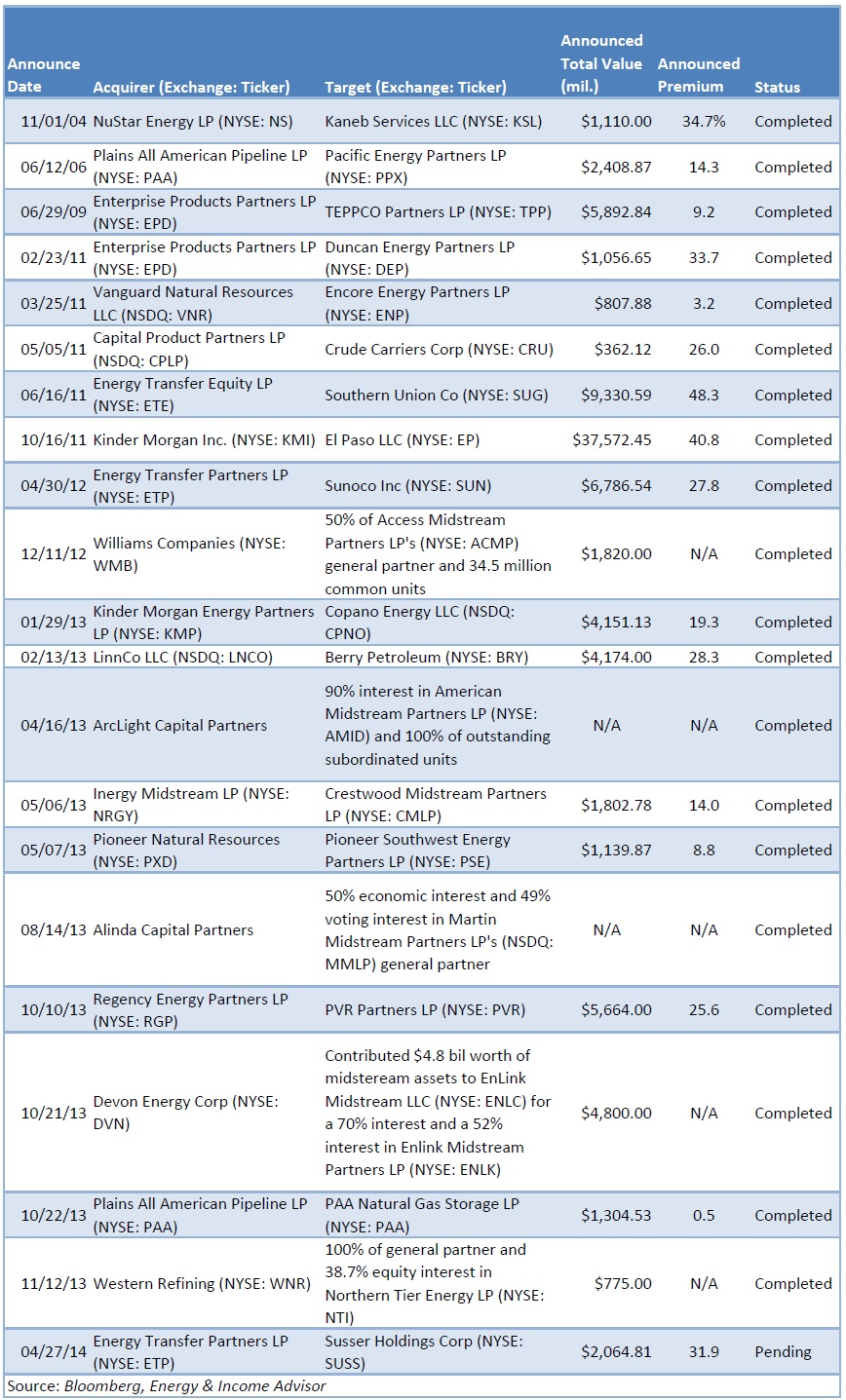 We still expect asset-specific acquisitions and purchases of companies incubated by private-equity outfits to account for the majority of deal flow in the MLP space, but we also expect takeovers of fellow publicly traded partnerships to tick up in coming years.

Not only do larger MLPs such as Kinder Morgan Energy Partners and Energy Transfer Partners LP (NYSE: ETP) rely on acquisitions to move the needle on distributable cash flow, but this niche is also ripe for consolidation as smaller operators seek scale. 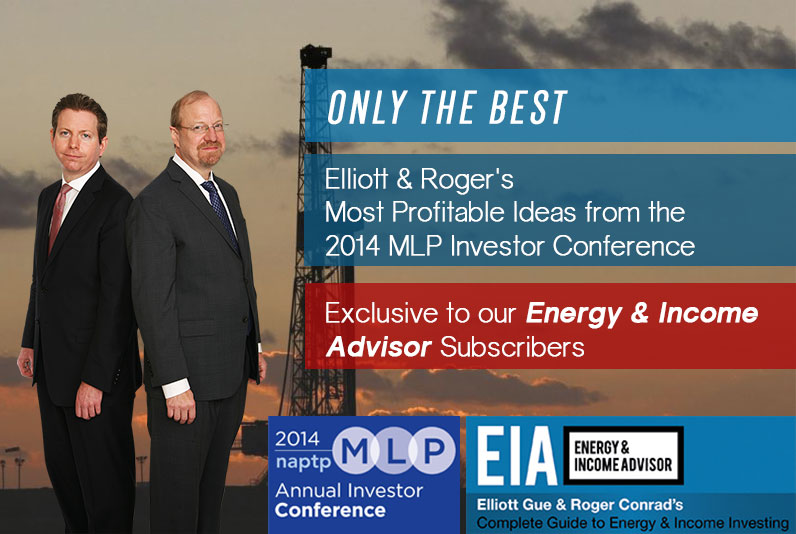