A Moving Trend: Orders of Tank Cars Surge to Support US Oil Boom 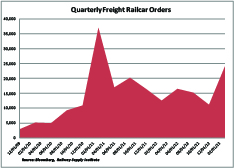 In the Jan. 1, 2013, Graph of the Week, Profiting from Midstream Capacity Constraints, we highlighted the upsurge in North American rail shipments of petroleum products–a trend that has continued apace over the past several months.

Upstream operators in the Bakken Shale and other oil-producing unconventional plays that lack sufficient pipeline capacity to transport their output are increasingly turning to rail for its scalability and flexible access to end-markets that offer the best price realizations. According to data from the North Dakota Pipeline Authority, rail shipments of crude oil from the Bakken Shale increased to more than 70 percent of production volumes in March 2013.

To support this upsurge in rail shipments of crude oil and an anticipated boom in shipments of heavy crude oil from Western Canada, orders of freight railcars increased by 91 percent from year-ago levels in the first quarter of 2013. The US Railway Supply Institute estimates that about 80 percent of these new orders were tank cars. 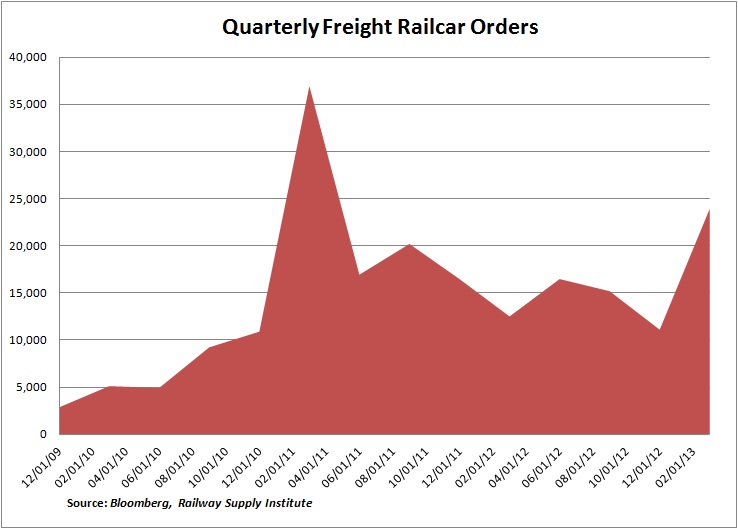 Investors looking to profit from this trend must pay close attention to valuation. We tend to prefer rail operators and railcar lessors, especially those whose stocks have lagged because of their exposure to declining North American coal volumes–a trend that we expect to improve in 2014. Rising shipments of chemical products represent another tailwind for these industries.